(Plinths: White Ceasarstone)
Size: 0.75m x 0.44m x 0.3m (excluding plinth)
Mass: 49.4kg
Selling price: R95 000
This piece was done in a very loose modern style. Although the piece is peaceful and heavy with restfulness, it has a lot of energy in it due to the loose handling of the clay in the original. The hair for example is created out of slabs of clay. The tool marks are very visible as this piece was carved out with a quick responsiveness to what my eyes observed. The idea was to demonstrate a protective love and sisterly warmth and comfort (in a similar vein to Sam’s sister except that these two girls do not have the sad background that Sam and her Sister had). These girls are friends and come from opulent homes. The one girl is slightly overweight from indulging in good food & comfortable living. The challenge for me was to make a piece using two models in an interlocking pose. The piece became a study of multiple triangles on a geometric or abstract level. I am still surprised by how many triangles of various sorts one can see in this piece. Triangles have a beautiful symmetry and balance and give a sense of solidity to the piece. The reason the piece became know as ‘Chocolate & Sushi’ was that as the girls grew weary from the strenuous posing, they would begin discussing the food the would indulge in after the session. The one model was enamoured with Chocolate and the other with Sushi. These foods then became synonymous with each girl, almost like nick-names. In this way the models left their mark on the piece forever. 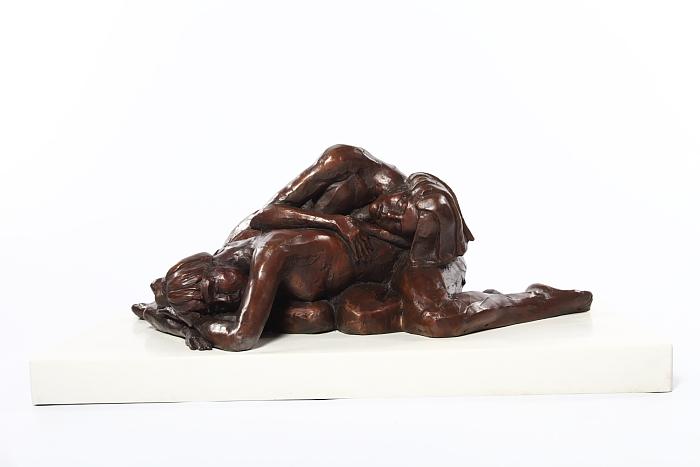 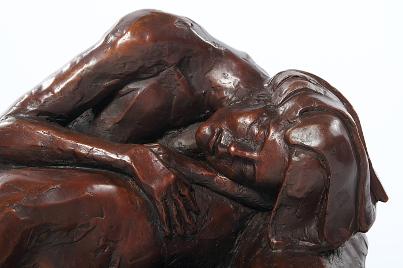 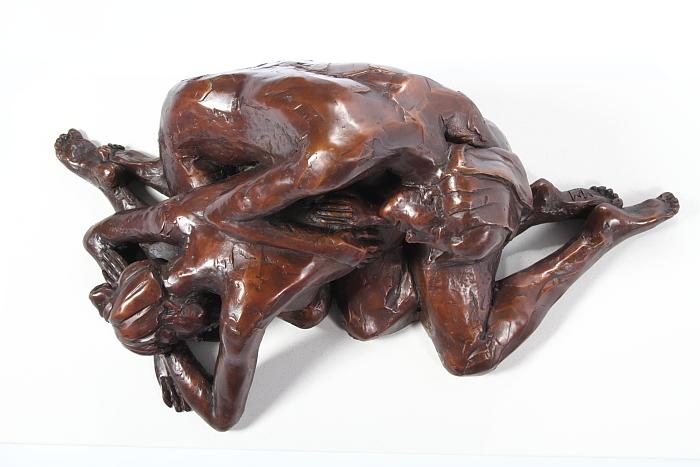 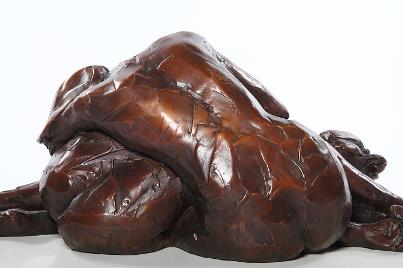 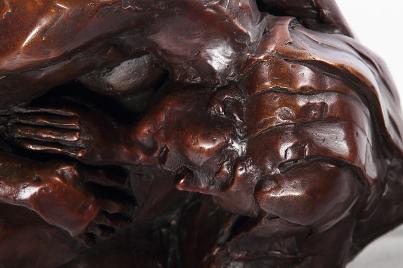 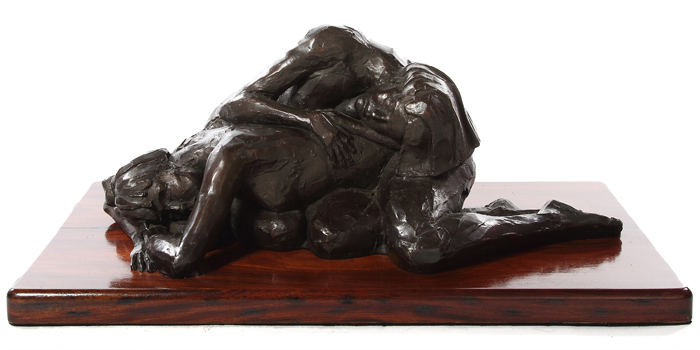 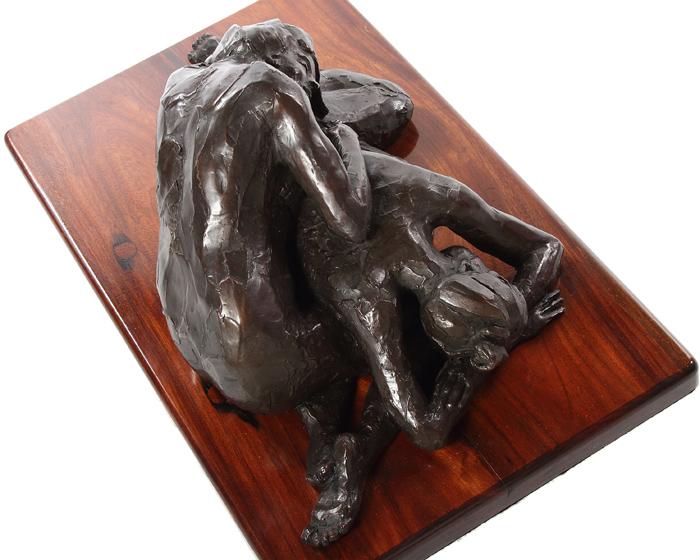 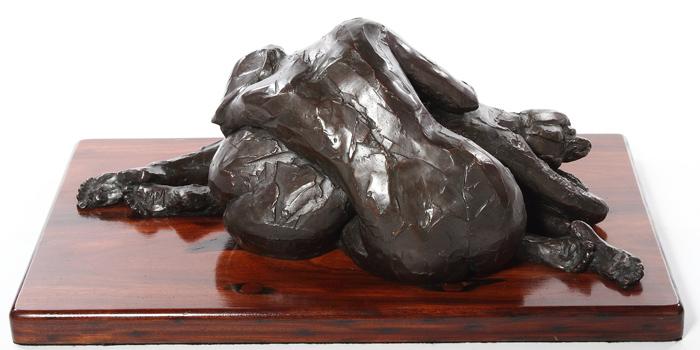 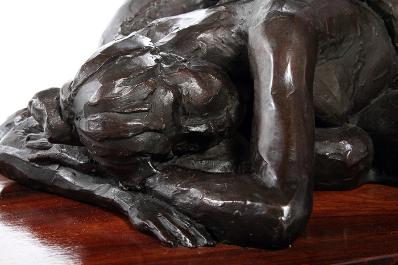 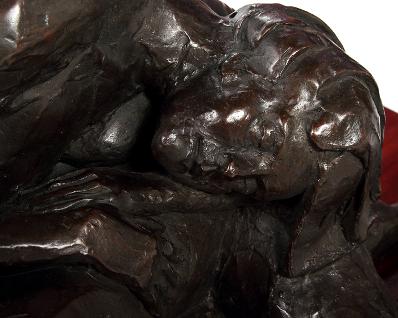 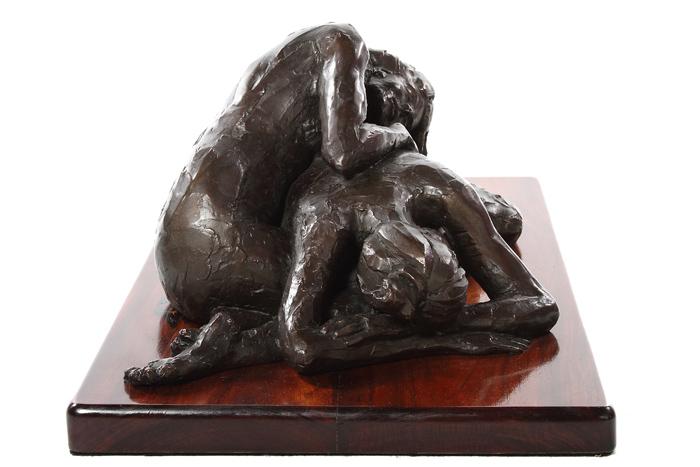 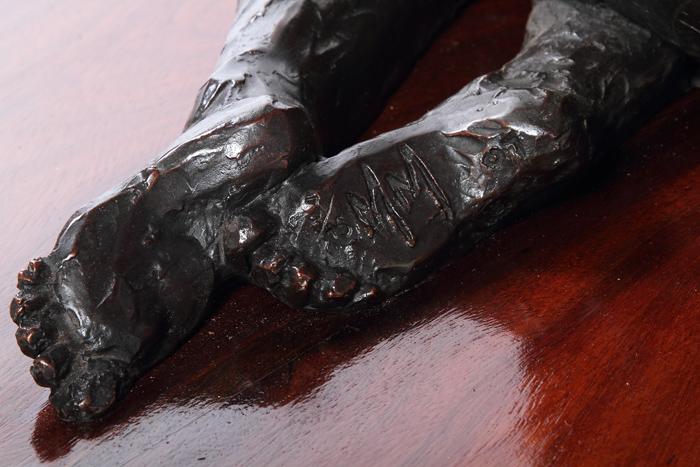 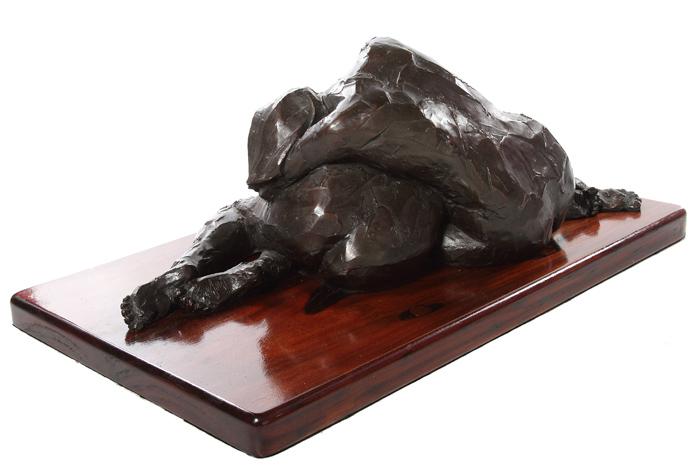 Click here for a short-cut to the next sculpture

Pieces are available at:
(Click on the names below to link you to the galleries' websites)


All quality castings are done by:
The Loop Art Foundry - White River